Life is not black and white: he said that he killed the guard was a former Berkut officer 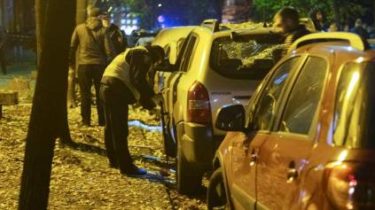 People’s Deputy of Ukraine Igor Mosiychuk after the explosion in Kiev was successfully operated and was transferred to intensive care where he recovered.

About it informs the press service of the MP in Facebook.

“Alive I only stayed because of my dead prison guard Ruslan. He is a former Berkut officer, which in 2013 stood on the other side of the fence. And yesterday he died saving me, nationalist. Life is not black and white. To win, we should be aware of. The Ukrainian nation must be United, turning the page of internal strife.

The operation was successful. Doctors assess the condition of Igor Mosiychuk as moderate. Now he was transferred to the intensive care unit…

I Express my sincere condolences to his family. I’ll never forget. Now I have three children. Third child – four-year-old Ruslan”, – said the MP.

He added that he had struck the right side – the side where there was an explosion.

Around the perimeter of the hospital guards exhibited.