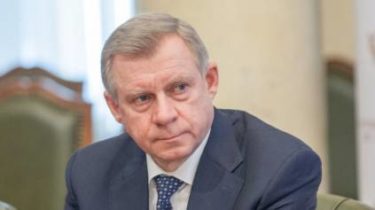 The national Bank is expecting a visit of a technical mission of the IMF in November.

This was reported by the acting head of the NBU Yakov Smoliy.

“We expect the mission (IMF) in November, this will involve review and analysis of the budget for 2018. This can be expected after the consideration of the budget in Parliament after the first reading and of the technical mission will be in Ukraine”, – he stressed.

NBU has decided to increase the discount rate to 13.5% per annum

Next year expected arrival of two tranches from the IMF.

In particular, the first of them should arrive in the first quarter of next year and will reach $ 2 billion, will then be transferred another $ 1.5 billion.

In addition, the NBU reported that the baseline forecast was laid that next year Ukraine will be able to lay out $ 1.5 billion on the foreign market, Eurobonds, and another 1.5 billion in 2019.

No reforms, no money. The Minister of Finance announced the key IMF requirement

We will remind, to receive a fifth tranche from the International monetary Fund, Ukraine needs to approve pension reform, to accelerate privatization and to show real results in the fight against corruption. According to the IMF representative, an important condition for the continuation of the program will also be a commitment to energy and fiscal policy of Ukraine the targets stipulated by the IMF program.