“Not only do selfies, but work on disclosure of crimes.” Politicians reacted to the attack on Mosiychuk 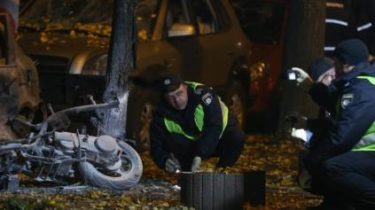 25 Oct evening near TV Studio Еспресо.TV the explosion occurredwhen coming out of the ether guests, among whom was the MP from the Radical party Igor Mosiychuk.

The explosion injured five people. Later the guard Mosiychuk died on the way to the hospital. October 26 morning, it became known that also killed a bystander – the man 1981 year of birth has died in hospital.

Of course, such an event caused a resonance in society, as the attempt was made at a political figure, the representative of the government. In addition, this is not the first bombing in the capital since the war began. Earlier in Kiev was killed by the ex-Deputy of the state Duma Denis Voronenkov is one of the witnesses in the case against Yanukovych.

Just at the exit of the channel “espresso” was a terrorist act. According to preliminary information at the moment…

Igor Mosiychuk, one of the first to come to the station, where I gave testimony after the assassination attempt on us. To support. With Igor…

I have serious ideological differences with RPL , their leader and Igor Mosiychuk. I often argue with them and drive…

This is, I read. Thank you all for the support! Write. Hard for me to answer because I’m in intensive care but at the same time, I read.

I was told that from severe wounds received in the attack, two policemen died: Ruslan Kushnir – experience…

Talked to the wife of Igor, he had numerous shrapnel wounds, but the surgery was successful. I bow to the doctors……