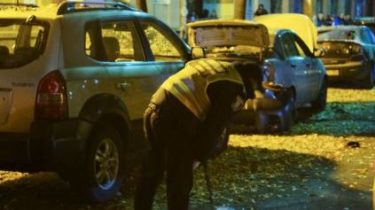 The people’s Deputy Anton Gerashchenko said, who was a bystander, who was killed in the blast during the assassination of the MP from the Radical party Igor Mosiychuk.

According to the politician, the man was 36 years old and he previously worked in the interior Ministry.

“Tonight from the received wounds died 36-year-old Michael Marmel. This is the second victim of this terrible terrorist act. Michael until 2015 worked in the interior Ministry, was a police Lieutenant Colonel, retired, was engaged in private practice. In fact, it was just random passers-by who walked home,” said Gerashchenko on air of channel “112”.

The people’s Deputy also expressed the view that the attackers, who attempted to Mosiychuk, could be involved in other terrorist attacks.

He added that the police collect all the information about the attack, which contains dozens of videos from cameras, the remains of the explosive device. The names of the suspects, the security forces do not yet have.

Recall that in the explosion that occurred on October 25 in Kiev, near TV Studio Еспресо.TV that injured five people. Later the guard Mosiychuk died on the way to the hospital. October 26 morning, it became known that also killed a bystander – the man 1981 year of birth has died in hospital.