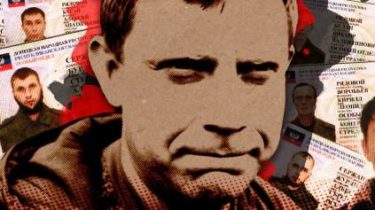 Counterintelligence of SBU together with TSN.ia continues to inform the public about the citizens who already for a long time on the occupied territory of Donetsk region.

At this time, the counterintelligence of SBU provided data on six smaller representatives of the “color” of the Russian nation. Judging by their documents, all of them are “service” in the so-called “counter-intelligence special branch WGSR DNR”.

Notable in the biographies of these people is that they are not from the military, and the usual guards, crane operators, guards jail, unemployed, there’s even a fireman children’s sanatorium. Geography is also a wide Vologda and Pskov oblasts, Altai, Yakutia, Novosibirsk. All divorced or not married. No one has higher education.