“I’m celebrating another victory”. Ex-Minister Lucas won the case at the GPU 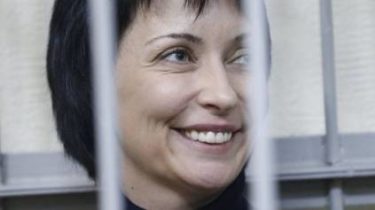 The high specialized court for civil and criminal cases has obliged the GPU to refute the information about the assignment of the former justice Minister Olena Lukash budget.

“I’m celebrating another victory over the Prosecutor General’s office! Two years of litigation with the GPU. And another win at the General Prosecutor’s office in the Supreme specialized court of Ukraine on consideration of civil and criminal cases”, – she wrote.

I’m celebrating another victory over the Prosecutor General’s office! Two years of litigation with the GPU. And here is another you…

According to her, previously, the courts of the 1st and 2nd instance found false and discrediting its honour, advantage and business reputation information provided GPU 3 Mar 2014 high representative of the European Union for foreign Affairs, which stated the facts of the misappropriation of significant amounts of state funds by the ex-Minister.

“The court ordered the Prosecutor General’s office within 10 days from the day the decision enters into force deny this false information and to send a high representative of the European Union for foreign Affairs the letter with the notification of the court decision”, – she noted.

Recall, November 5, 2015 , the SBU detained the former Minister of justice Elena Lukash. It is considered one of the Trustees of the President of the fugitive Viktor Yanukovych and had been for some time in the midst of scandals. In addition, she was one of the first who supported the dispersal and beating of participants of Revolution of Dignity.

Also Lucas is one of the initiator of the adoption of “dictatorial laws 16 January”. And during the mass executions of activists in the center of Kiev tried to find even a legislative rationale.

During the regime of Yanukovych, Lucas was a people’s Deputy from Party of regions, the Minister of the Cabinet of Ministers in Azarov’s government, Advisor to the President. As Minister of justice Lukash was appointed in July 2013.

An investigation on GPU Lukas held from may 2014, according to which she, working as the Minister of justice, acting in collusion with officials of LLC “European legal group” and physical persons-entrepreneurs during August 2013 – January 2014 took over of state funds in the amount of 2,523 million.

Later it became known that Lucas disappeared on 28 July 2015, and that the court is ruling on her custody matter. In August 2015 , the Pechersk district court of Kiev arrested the three apartments owned by Lucas. The suspicion in Commission of crimes, according to the PGO, was announced on 28 may 2015.