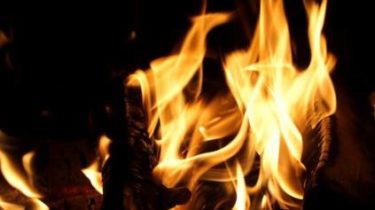 Friday, October 27, at 1:14 to rescuers the message that in a 3-story vacant building on the street Esplanadnaya, 32, in the city center was on fire.

About it reports gschs in Kiev.

On scene it was established that the flame spread to the second and third floor, also the roof caught fire. The total burning area has made 120 sq. m.

While extinguishing the fire was discovered the body of a male, which was on the second floor.

According to the report, in 3:23, the fire was localized, and at 3:55 – is completely eliminated.

The cause of the fire and circumstances of death of men will be installed by law enforcement.

During fire extinguishing rescuers had found the body of a man October 27 at 1:14 in Service of rescue 101 arrived at…

We will remind, after a fire that happened September 27, on the street. Vladimir, 72 in Kiev, in the ashes of the Elevator car found charred remains of a human body.

The fire occurred in a room on the 8th floor in the building at one of the universities. On a scene there arrived rescuers who did not provide information concerning the stay of people in premises outside working hours.Now the cause of the fire, the damage and the circumstances of the death are being investigated by law enforcement.