New sanctions against the West: Russia banned the import of pigs and beef offal from the US and the EU 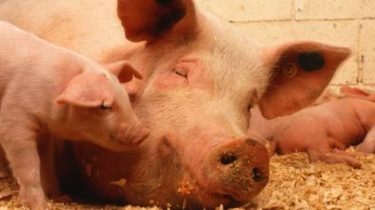 Russia expanded sanctions against Western countries and banned the import of live pigs and offal from EU countries, USA, Canada and some other countries.

The corresponding decree of 25 October, published on the government website on Friday, October 27.

“In the list of agricultural products, raw materials and food products prohibited for importation into Russia, included live pigs and certain types of edible offal and fats of farm animals”, – the document says.

As consider in the Russian government imposed restrictions on the import of goods will not affect the internal needs of Russia.

Also in Russia said that the ban applies to live pigs (excluding purebred breeding animals); fresh, chilled or frozen edible offal of bovine animals, swine, sheep, goats, horses, Asses, mules or hinnies (except goods for the manufacture of pharmaceutical products); not melted or extracted in a different way, fresh, chilled, frozen, salted, in brine, dried or smoked pig fat, separated from lean meat, and poultry fat, fats of cattle, sheep or goats; not emulsified or mixed unmixed, or not made in any other way lard stearin, lard oil, oleostearin, oleo-oil and animal oil.

Separately, the government has reminded that in Russia banned the import of agricultural products, raw materials and food from the United States, European Union countries, Canada, Australia, Norway, Ukraine, Republic of Albania, Montenegro, the Republic of Iceland and Liechtenstein.

As previously reported, in the summer, Putin extended the sanctions against the European Union until 31 December 2018. Restrictive measures from the EU, USA and other countries was first introduced in 2014 and have been associated with the annexation of Crimea and the fighting in the Donbass.