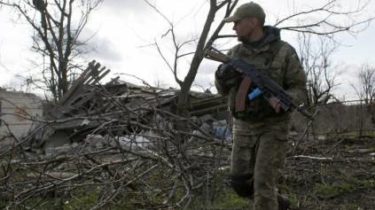 In General, over the past day illegal armed groups 20 times violated the truce. As a result of combat action one Ukrainian soldier received a combat trauma.

“Donetsk direction, which was the hottest fire the enemy activity shifted to the coastal areas, where the enemy increasingly began to use mortars”, – stated in the message.

Night fighters beaten by the military in Gnutovo, Pavlopol and near Water.

#Topad #Foresnic #Donbas #spokesperson #statement the Construction of the press center of staff ATO in 26.10.2017. At the end of the min…

Posted by the Press center of staff ATO on Thursday, October 26, 2017

On Donetsk the direction of the hot spot remains Avdiivka industrial area. Here at the end of the day militants twice shelled strongholds of heavy machine guns and small arms. And as a result of grenade fire near Sands received a combat trauma in one Ukrainian military.

At the direction of Lugansk under fire from rocket-propelled grenades and small arms were position on the outskirts of Stanitsa Luganskaya.

Earlier the OSCE announced that Russia has sent to Donbas another “humanitarian convoy”.