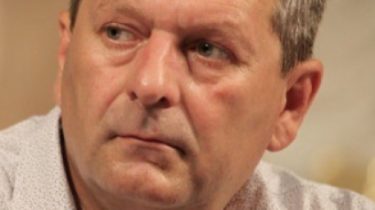 Released from Russian captivity , the Deputy Chairman of the Mejlis Akhtem Chiygoz did not realize that he is released.

The video surveillance immediately realized that I was free – Chiygoz

Chiygoz said that he was brought from jail, he then went to the airport, where I saw Ilmi Umerov. Then they were in Anapa. Deputy Chairman of the Majlis waited for everything, even stage in Siberia.

“All you can expect from such a RAID. I was already preparing to step in Siberia. But we knew that going in, fighting for what,” he says.

He also said that he is very homesick and wants to come to Ukraine.

“I want to go home. Really missed Kiev, in our country, to our people, the citizens”, – he scaav.

Erdogan personally negotiated with Putin about the release Umerov and Chiygoza

We will remind, on Wednesday, October 25, Ilmi Umerov and Akhtem chigusa gave Turkey after personal negotiations between President Recep Erdogan and Russian President Vladimir Putin. After that, it was noted that the released will be delivered to Ukraine.