The attack in Kiev, staged a “butcher”, not professional. Teteruk 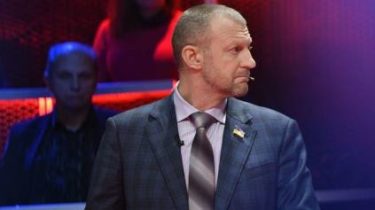 People’s Deputy of Ukraine from “popular front” Andrew Teteruk thinks the attack in Kiev in the hands of a layman-“the butcher”.

According to him, with the beginning of Russian aggression against Ukraine, the Russian security services had committed a number of terrorist acts on the territory of our country. These attacks are particularly daring, high professionalism and efficiency. But, in his opinion, the explosion in Kiev was not so.

“I don’t see professional work. No one professional will not allow the work of “the butcher”, when people are dying that should not have been subjected to the explosive device. Professionals never allow myself to take someone else’s blood on yourself. It is necessary to remove one person – he will do anything to get the job done delicately. Here we see a completely senseless murder,” – said Teteruk on a talk show, “the Right to Vlad,” on the TV channel “1+1”.

We will note that Andrey Teteruk, a former soldier, he took part in two peacekeeping missions in Kosovo. In 2003 Teteruk trained at the police Academy in Egypt, where took a course on the fight against international terrorism. During the antiterrorist operation in the Donbas led the volunteer battalion “Peacemaker”.

Fourth victims: the explosion in Kiev became another terrorist attack in Ukraine this year

We will remind, in the evening of 25 October, in Kiev, near TV Studio Еспресо.TV an attempt was made on the MP from the Radical party Igor Mosiychuk. The explosion injured five people. Later the guard Mosiychuk died on the way to the hospital. October 26 morning, it became known that also killed a bystander – the man 1981 year of birth has died in hospital. The explosion qualified as act of terrorism, the investigation conducted by the security Service of Ukraine.