In Germany this weekend, consumers can pay for electricity – Bloomberg 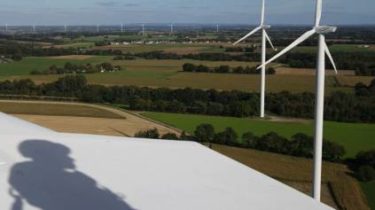 German electricity producers in the weekend can start paying consumers for electricity.

It is expected that this Sunday the production of wind power will reach a new record and production will be larger than the country needs. Because of this, the price of electricity drops below zero, according to Bloomberg.

Manufacturers will have to either close the plant to reduce the production (but unprofitable), or to pay consumers for electricity.

The Agency predicts that electricity production will reach 39,190 MW at 7 am on a Sunday, equivalent to the annual output of some 40 nuclear reactors, enough to meet more than half of total demand in Germany.

Wind energy currently supplies about 10 percent of electricity in Europe, and it is expected that it will continue to grow as the technology becomes cheaper. According to Bloomberg New Energy Finance, the cost of electricity received from wind farms over the next two decades will be reduced by 71%.

In may last year the German consumers have already received money for the use of electricity when energy production in the country reached 38,370 megawatts. Then, electricity prices were below zero for several hours. But now, according to Bloomberg forecasts, consumers will receive the money for the consumed electricity the whole day.

In the UK will build the world’s largest wind farm

Note that in the Zaporozhye region are planning to build the largest wind power station in Europe. Head of external relations and foreign economic activity of Zaporizhzhya regional state administration Arthur Boyko told “UKRINFORM” that wind farm with a total capacity of 500 MW planned to be constructed on the territory of Azov and the Melitopol district of Zaporozhye region. The total investment of about 700 million euros, the projected life of the project – 2019.