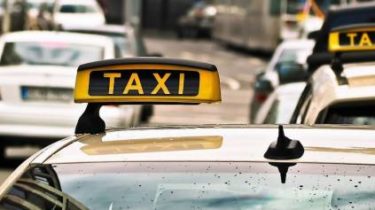 Increasingly, in Kiev, on call taxi services coming driverswho can’t hear, and customers are warned about this SMS. Further, the choice to refuse or to go for them, says the story TSN.19:30.

Nicholas did not hear since childhood. Of his 29 years, the last 6 he tax. “I have a lot of positive ratings. Can show testimonials: look what people write,” he says. A trip in the car with him is no different from those that daily make thousands of Ukrainians. Perhaps the only difference is that you are traveling in the prevailing silence. Nicholas jokingly calls himself “the taxi driver plus”: can’t hear other people’s conversations on the phone, not complain to life, do not include “chanson”.

Videocassette plus: employers are increasingly hiring drivers who can’t hear

In Kiev, he’s not working alone – these drivers more than a hundred, and this is only according to two major services. Driver’s license these people get in driving schools where they teach sign language. Translator Tatiana Radchenko helps even more to explain to the friends of Nicholas – among taxi drivers can meet participant and coach Deaflympic team bowling, that is one of those, thanks to whom this year Ukraine won four medals. Taxi for Ivan – a way of earning. To which it is extremely responsibly and carefully – in all the years he, like Nicholas and many others, there were no penalties for violation of traffic rules. “The inability to hear nature we offset vision. We better see the road, pay attention to the little things,” explained Ivan.

Ukrainian Nick Vujicic lives in a hut in a remote village, but knows how to love life and always smile

The guys created a group of deaf taxi drivers all the time to communicate, consult each other, and in case of danger, go for help. Exactly what they don’t like, is some kind of special attention. They are the same as the rest, and the awareness of this society – for them the greatest reward. Especially when one of the customers bother to learn at least one word in sign language – and just to thank them for driver for a good ride.