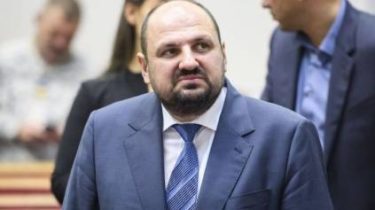 NABU has received information that the MP Boryslav Rozenblat has a fake passport for crossing the border. This was stated by the Director of the Bureau Sytnyk.

According to him, Rosenblat tried to mislead the investigators claimed that flies to Israel, and going to Germany.

“Despite the fact that there was a petition about getting a diplomatic passport by Rosenblatt ostensibly for a trip to Israel, in fact he was about to fly to Germany, now checked his information on the citizenship of that state. There was also information that he has a fake passport, crossing the border,” – said Sytnik in an interview to “5 channel”.

Recall that NABU and SAP suspect people’s Deputy Borislav Rosenblatt to obtain undue benefits and abuse of office. The court chose the measure of restraint in the form of a Deposit in the amount of 7 million UAH and obliged to surrender passport, wear an electronic bracelet, and the like. The validity of these duties ended on October 16. To continue their trial failed because of the absence of the suspect on re-meeting. October 19, Rosenblatt was detained at the airport “Kiev” (Zhulyany). The politician allegedly was going to fly to Germany.

Videorecensito caught in a lie and wearing an electronic bracelet