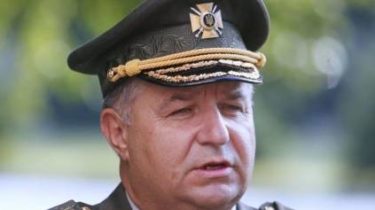 The main causes of non-combat losses of AFU and other military units are disease and violations of safety measures.

Killed security forces and because of the consumption of alcoholic beverages.

“Non-combat losses, unfortunately, is still there. They were from the first day of the aggression of the Russian Federation, the reasons are completely different. It is when people die from disease, sometimes from violations of security measures. Unfortunately, there are cases when the staff drink alcohol,” – said Poltorak in the comment to the channel “112”.

Non-combat losses: Donbas, two militants killed, three wounded due to the shelling of their

He stressed that each case investigate and take action, if it ever happens again.

We will remind, earlier military prokuror Anatoly Matios said that during the three years of the war in the Donbass , the loss of the armed forces and other military formations not from the fighting was more than 10 thousand security forces

“I want to sound scary statistics about which nobody speaks. Since 2014 until today the Armed forces of Ukraine and other departments that protect the country killed 10 thousand 103 people in a result of irrevocable and sanitary loss, that is, not from fighting,” he said.