The activity of the militants in the Donetsk area and wounded two Ukrainian soldiers. Digest ATO 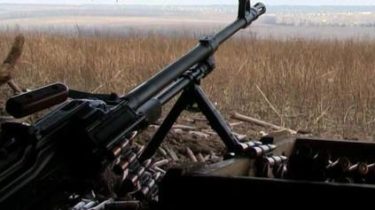 From the beginning of the day, October 28, in the area of ATO fighters 7 times fired at positions Armed forces of Ukraine, wounded two Ukrainian soldiers.

In response to the shelling of the Ukrainian military 6 times used the weapon on defeat.

Since the beginning of the day the main activity of the militants was recorded on Donetsk direction.

“So, night is the enemy of anti-tank grenade launchers and machine guns fired at VSU positions near zaitsevo. Ukrainian military predominant fire forced the enemy to silence. Unfortunately, the result of this confrontation two of our defenders were injured. In addition, the day gunmen shot from infantry weapons on the defenders of the Town. And the armament of the BMP used on the approaches to Sand,” – said in the headquarters.

In the seaside area occupants around noon, fired from small arms a strong point of forces of ATO near Pavlopol.

#Topad #Foresnic #Donbas #spokesperson #statement the Construction of the Press center of the ATO headquarters as of 18: 00 on 28 October 2017…

Published by the Press center of staff ATO 28 Oct 2017

Also under enemy fire from APCS got the positions of Ukrainian soldiers near Tryokhizbenka in Luhansk direction.

Recall that in General staff reported that as of today, October 28, since the beginning of ATO combat the loss of the APU in the Donbas amount to 10 thousand 710 soldiers.