The former regionals in Parliament blocked the implementation of health reform 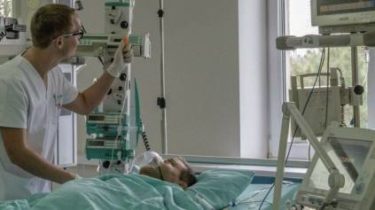 Madrepora, which for several days was considered by Parliament and voted temporarily blocked because it still cannot sign the speaker. The reason there are three deputies who demanded to cancel one of the bills, says the story TSN.19:30.

Multi-day the work of many MPs, officials and experts have blocked a resolution. Former regions Igor Shurma, Michael Pope and Oleg Musiy need to cancel one of the bills needed for medical reform. “We decided to apply this ruling because there are gross procedural irregularities in the adoption of this project,” said Shurma. Supposedly, in the hall with voices contributed more than 80 amendments, which MPs did not vote, and in the bill there are several violations of the Constitution.

However, the reform opponents will be able to stop – her supporters have serious doubts. Inevitable calls the law of the people’s Deputy Sergey Berezenko. “The government has finally started to implement in fact the European legislation in the health care system” – it supports Iryna sysoyenko. With the reform of the Ukrainians were the most important thing – the warranty. “The increased funding is the starting salary of doctors we received on this bill,” – explains Tatiana Donets.

Healthcare reform: where, who and how to treat Ukrainian patients

MPs warn that painless and easy reform is unlikely, after all, computerization, building electronic registries, updated organization of work for the hospitals with patients will take considerable time. Even more problems are sure those who did not vote for reform. “If we look at the draft budget for next year, nothing has changed. As it was 3% of GDP, and left.So where will the fabulous salaries of doctors, where will high-quality medical care,” says Andrey Shipko. He considers an acceptable figure for the success of the reform 7% of GDP and full health insurance.

Closing hospitals and overpayment to physicians: Ukrainians in the Outback I’m afraid the new reform

To consider a resolution blocking the beginning of medical reform should at the next session of Parliament. If the MPs of the ruling will not support the speaker will be able to sign all the documents and send them to the President for signature.