At the airport of Kiev detained a Russian citizen, whom the Interpol was looking for fraud 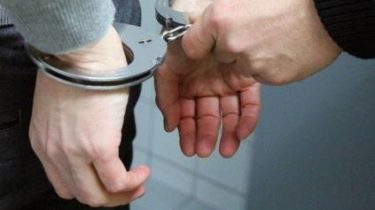 The guards at the checkpoint “Zhulyany” detained the citizen of Russia, who was in the international wanted list.

In particular, the Russians worked the Interpol database at the time of registration of passengers of flight “Barcelona-Kiev”. 47-year-old man wanted by Russian law enforcement agencies for fraud in especially large sizes.

Now about the fact that informed the duty of Ukrbyuro of Interpol in Kiev, in turn, the swindler transferred to the National police.

In “Borispol” detained a Chinese man, who was wanted by Interpol for sexual exploitation of children

We will remind, on September 13 at the crossing point “hoptivka” border Kharkov squad arrested a citizen of Russia, who was in the international wanted list. In particular, the 52-year-old man worked the Interpol database during the implementation of border control.

He was wanted in Ukraine “assignment, waste of property or taking to them by abuse of official position”.