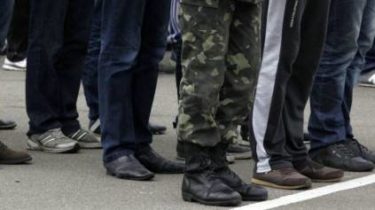 During a RAID at a nightclub Jugendhub, which occurred on 28 October, the military Commissariat of Kiev looking for recruitswho deviate from the service, said in a statement.

According to law enforcement officers during a night RAID were detained 32 people who evaded conscription.

“Representatives of the military Commissariat in cooperation with the police was organized and carried out activities in search of conscripts who evade conscription to military service in one of night clubs of the capital. The results to the Assembly point of the Kyiv city military Commissariat brought 32 people”, – noted in Department.

After checking there were 15 people who were issued subpoenas on October 29, for a medical examination to determine the degree of fitness for military service. Ten recruits voluntarily remained on-site Assembly point.

Appropriate action at the police station, explain the fact that after 2 or 3 stages of notification for recruiting stations was only 3,95% of recruits. Jeopardizing the fulfillment of the decree of the President of Ukraine “On transfer to the reserve of soldiers of urgent service, a date of the next appeals and the regular appeals of citizens of Ukraine for military service in 2017”.

We will remind that in the night of 28 October in Kiev, the police staged a RAID at a nightclub Jugendhubthat in the Shevchenko district. In which it was detained 17 people with the drugs, and 32 people were taken to the military enlistment office.