Due to the bad weather in the Carpathian region, Khmelnytsky and Kharkiv polling stations went dark 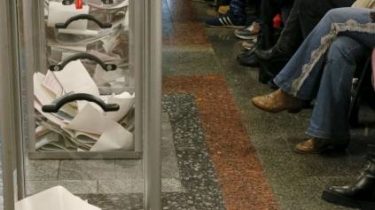 During the counting of votes in Ivano-Frankivsk was disconnected seven polling stations.

It is reported by civil network OPORA.

It is likely that the reason for the lack of power supply in these areas are difficult weather conditions.

The Commission decided to continue work in the light of lanterns.

Recall that during the election if it’s the most resonant incident was an attack on one polling station in Dnipropetrovsk region. At the polling station, which is located in the village may Sinelnikovskoye district, unknown persons damaged the internal equipment of the area, smashed Windows and pelted the premises of the fireworks. After committing these actions, the offenders on the vehicles fled in an unknown direction. During the attack two police officer were injured.