Matios stated that the protection of military arsenals is void 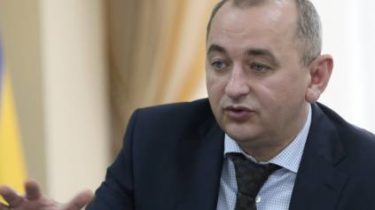 Reported by the military Prosecutor’s office on the personal website of Matios.

“As if I tomorrow not telephoned white and all other phones, I would say – “the Protection of military arsenals is void”. After the explosions in Kalinovka, military prosecutors in criminal proceedings went to the study and inspection of the storage and conservation of other stocks that have remained. But by order of the chief of the General staff was forbidden to launch military prosecutors on the territory of military units,” – said Matios.

Earlier it was reported that investigators have to interview the chief of the General staff of Ukraine Viktor Muzhenko in the case of explosions at an ammunition depot in Kalynivka, Vinnytsia region. This opinion was voiced by the Prosecutor General of Ukraine Yuriy Lutsenko. The Cabinet of Ministers has allocated UAH 100 million to increase protection of military ammunition depots of the Armed forces of Ukraine. The money will be spent from the reserve Fund.

We will remind, on September 26, started a fire and explosions at ammunition depots near Kalinovka of Vinnytsia region. The city and nearby villages were evacuated more than 30 thousand people, injured two people.