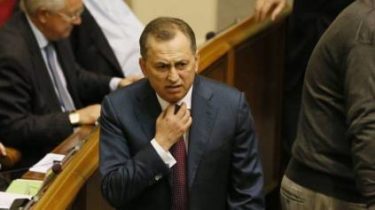 Ukrainian manufacturer of sweets “Roshen”, which belongs to ex-official of the entourage of the former President of the fugitive Viktor Yanukovich , Boris Kolesnikov, buys in the Russian city of Ivanovo confectionery factory “Red dawn”.

This is reported by “Vedomosti”, citing three sources. Official confirmation of sale no. The General Director of “red dawn” Pavel Afanasiev was neither to confirm nor deny the agreement. Only said that the parties discuss the production of “Konti” contract on available capacities of “red dawn”.

Boris Kolesnikov is the main beneficiary of “Konti”. In 2010-2012 he was the Vice Prime Minister of Ukraine under President Yanukovych, was responsible for preparations for Euro 2012. Now Kolesnikov is one of the leaders of the party “Opposition bloc”.

The main office and confectionery “Conti” located in government-controlled Konstantinovka in the Donetsk region. Two other plants in occupied Gorlovka and Donetsk. After the outbreak of war in Donbass “Conti” had to stop work two confectionery factories in the Donetsk region, according to Ukrainian Forbes. In Russia in the Kursk region are covered by subsidiary the structure of the company “Konti-Rus” and the confectionary plant.

The company’s business in Russia, on the contrary, actively developed: Konti reported investment in the construction of new lines and increased production. According to the Association of enterprises of confectionery industry “Askond”, in Russia “Konti” with a market share of about 2% produces about 70 thousand tons of confectionery per year.

“Red dawn” could cost Ukrainian companies more than 1 billion rubles (about half a billion hryvnia), according to sources. The design capacity of the factory is more than 20 thousand tons of confectionery per year, which could allow “Konti” to increase production by almost a third. 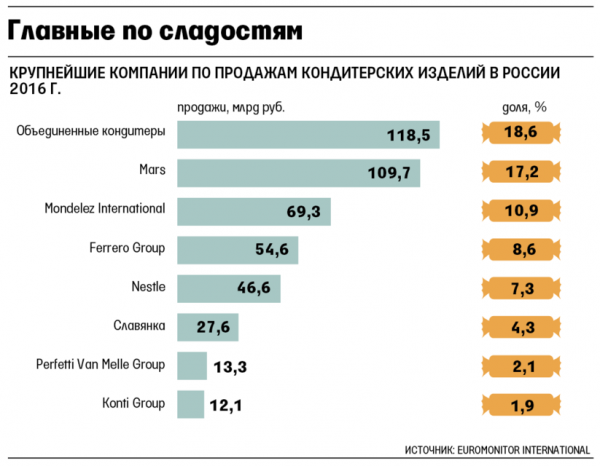