Wounded, he gathered the Parliament, although not yet able to walk 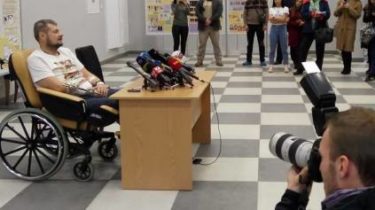 MP from the Radical party Igor Mosiychuk, who was injured during the attack in Kiev, going for 7 November to be present in the Verkhovna Rada. He stated this at a press conference at the National Institute of surgery and Transplantology. Shalimov, the correspondent of TSN.

At the same time said that could not yet walk independently, but at the press conference was in a wheelchair.

The explosion, which was to die MP Mosiychuk: basic version, who really made an attempt

Nardep is sure that the explosion was directed against him, not against the former police officer Mikhail Mormile, who died in the explosion. Mosiychuk said that this act was an attempt on his life, and the curators of the terrorist attack in Moscow.

”The story that the attempted murder was not by me but by a police captain Marmala, invented in order to impose a consequence on a false way. I would argue, it is a proven fact, and is not subject to any doubts”, – said the Deputy. 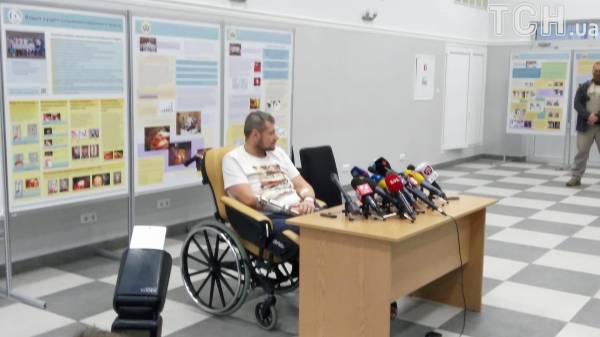 The Deputy also said that supporters of the Radical party, who visited him in the hospital, assured that the Parliament will establish an investigation group to investigate the attempt on his life. Mosiychuk was admitted said that he was going to “clean Ukraine from saboteurs”.

In addition, the protection of the Chairman intends to request the extension of qualification of crimes under articles – double murder and attempt on a public figure. Thus, offenders face a life sentence.

We will remind, in the evening of 25 October, in Kiev, near TV Studio Еспресо.TV the explosion occurred. The explosion injured five people, among them Mosiychuk. His security guard died on the way to the hospital. The victim was also a bystander – former employees of the interior Ministry Mikhail Morel, who lived in the house next to which blew up the bike. Law enforcement officers linked the attack with an attempt on Mosiychuk, but friends Mormile say that the target of the criminals could be it.