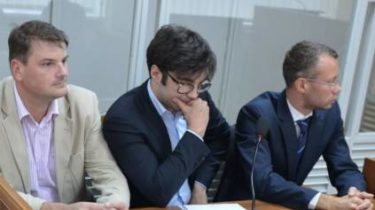 The Kyiv Prosecutor’s office will ask the court to extend the son of people’s Deputy Nestor Shufrych, who made arrival on the pedestrian, as a preventive measure.

The Prosecutor of Kiev Roman Govda said in an interview to UKRINFORM.

“We will go to court with a request to extend the driver previously chosen measure of restraint (taking on responsibility). Reason to require more stringent measures of restraint we have. He shows up on calls of the investigator, participates in investigative actions”, – he said.

According to the Prosecutor, now the victim in road accident Alexey Melnichenko in rehab.

“He is now in rehab. After the forensic medical examination regarding the severity of the injuries the indictment will be directed to court” – said the Prosecutor.

The court of appeal of Kiev left Shufrich Jr. on remand, father

For assistance the MP provided the arrival of the Israeli doctors. The court issued Shufrich Jr. on bail father. He pledged to end the investigation and judicial decisions on the accident to stay in Kiev.

Video the man who was hit by Shufrich Jr., began to return the memory