Berezovets: the murder of AquaWay invitation of Putin in the “new world” 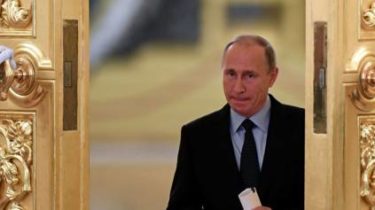 The murder of a Chechen volunteer, the Amines AquaWay near Kiev is a continuation of the story with the assassination attempt on the Deputy from “Radical party” Ihor Mosiychuk.

This was stated by the political analyst Taras Berezovets on his page in Facebook.

“The murder of Amines in AquaWay “Chechen style” of all of the machine out of the bushes this is the invitation of Vladimir Putin in the “new world”. Attempt to present Ukraine is a failed state (failed state – ed)”, – the expert believes.

The police explained why Osman and Okueva was without protection

Videolina Okueva and Adam Osmayev long feared for his life

According to Berezovets, the official Kiev must impose tough measures against terrorists.

Recall that the murder occurred around 20:00 on Monday, October 30, in the village of glevaha, Kiev region. Unknown fired from automatic weapons at the car from the bushes. Amina Okueva from the received traumas has died. Her husband Adam Osmayev wounded in the leg, survived. Police are now searching for the criminals.

“To the specialline 102 the police of the Kiev region, it was reported that unknown persons from the bushes on the road near the railway station glevakha Vasilkovsky district, shot the car. At the scene immediately arrived emergency response, patrol police and investigative team. On the territory of the Metropolitan region and the neighboring regions introduced operational plan “Siren” actions for search and detention of the armed criminals. Circumstances of incident are established. Now the scene is Nacpac Chairman Sergei Knyazev. Requests the drivers to be sensitive to vehicle inspection by the police”, – is spoken in the message of Department of communication of Ukraine.

Earlier Okulu and Osmayev was committed attempted murder. The shooting occurred June 1 at the capital’s hem. Volunteers battalion “Kiev-2” Adam Osmayev, which in Russia is accused of plotting to assassinate President Vladimir Putin, Amina Okueva came to interview with the alleged French journalist. At the meeting, he pulled out a gun and got to Osmayev. His wife Amina began shooting in the response of premium firearms and shot the attacker. According to her, he was a coward, and immediately surrendered.

After the attack Natspolitsiya took under heavy guard and Okuwa Osmayev, who said that the attempt on the life of her husband was not for the first time. Recently the protection of the State security service Osmayev and AquaWay removed.