In the ATO zone near the Donetsk airport, killing Georgians volunteer 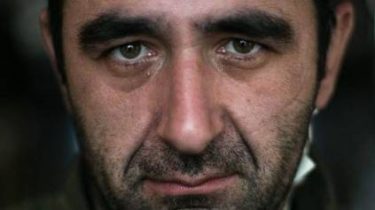 About this TSN.ia told his friend Mamuka Mamulashvili.

According to preliminary information, during the fighting on the territory adjacent to Donetsk airport, a group of Ukrainian soldiers were ambushed, and during this battle were killed the commander of the reconnaissance George Saralidze.

According to preliminary information, Giorgi Saralidze was a participant in the war in Abkhazia and Samachablo. He helped the Ukrainian military in the fight against the Russian invaders since the beginning of hostilities.

According to Mamulashvili, in the area of the ATO, Saralidze arrived in early 2015. At the moment, the body of the deceased soldier is transported in Zaporozhye.

We will remind, on Donbass the terrorists shot a civilian car at a checkpoint due to the fact that the driver did not stop on demand. According to Lysenko, the occupiers allowed the employees of the “traffic police” to open fire on civilian transport drivers who do not comply with the requirement to stop.