“Terms of contracts”. Mosiychuk was admitted said that the attack on him made the killers of Acuevue and Makhauri 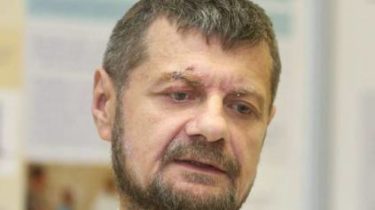 MP Igor Mosiychuk said that fired at the car and killed the Chechen volunteer Amina Okueva the same people who made an attack on him and blew Timur Makhauri.

“Yesterday, after the murder of the Amines AquaWay her wounded husband Adam Osmayev said that it is the handiwork of the same person who assaulted me. I’ll add that the same group committed a number of murders including blew Temur Makhauri,” – wrote politician on his page on the social network Facebook.

Who are the Osman and Okueva and why they wanted to kill: all that is known about the shooting near Kiev

Yesterday after the murder of Amina Okueva her wounded husband, Adam Osmaev said that it is the handiwork of the same people who committed the Deputy…

According to him today, 31 October, may become known to the interim results for the establishing of a subversive group.

We will remind, in the evening of 30 October in the village of glevaha in Kyiv region unknown shot the car, which drove a pair of Chechen volunteers – Amina Okueva, and Adam Osman. The woman from the received wounds has died, the man was taken to hospital with a foot injury. It is established that two attackers fired from assault rifles. The chamber where they treat the volunteer is under heavy guard, armed security forces are not allowed by unauthorized persons even in the corridor of the Department.

Osman in comments TSN said that his wife Amina died for the freedom of the Chechen and Ukrainian peoples. Police announced the plan interception and is looking for the killers.

Videotechnika volunteer Amina Okueva was killed in the shelling near Kiev