“To protect the stuff under the Rada do not intend”: Avakov ordered to remove interior Ministry forces from the tent camp 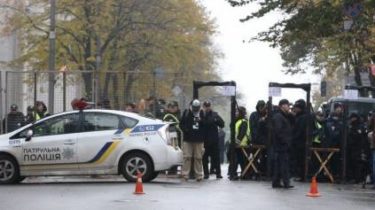 The Minister of internal Affairs Arsen Avakov ordered to remove Ministry of interior forces of security of the tent city which was established in the Verkhovna Rada.

The head of the interior Ministry wrote on his page in Facebook.

“To spend public resources and guard on this stuff under the Council – no longer going. Gave the command to remove interior Ministry forces with perimeter security “mass protests in 30 people,” he said.

To spend public resources and guard on this stuff under the Council – no longer going. Gave the command to remove power from the Ministry of the perimeter security “mass protests in 30 people”

We will remind, on October 17, in Kiev representatives of different political parties protest outside the Verkhovna Rada for political reforms. The government quarter was blocked by police officers.