The controversial ex-mayor of Ukrainka, he headed the Department of the SFS in the Kiev region 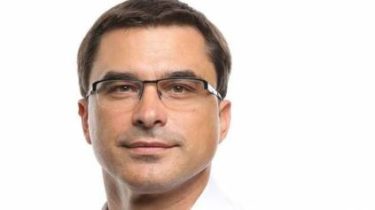 About it reported in a press-service of the DFS.

“30 October 2017 the acting chief of the State fiscal service in Kyiv region Alexey Kovylin introduced the new head of the bila Tserkva branch of the GU SFS, Kyiv oblast Pavlo Kozyrev employees. The appointment took place according to the order №727-October 27, 2017”, – stated in the message.

“The basic principles of successful interaction of fiscal services with business partnership, transparency and openness. These conditions we must adhere to while interacting with business representatives. Now, thanks to the implementation of the concept of reforming the SFS, created a solid platform for sustainable business development in Ukraine, which implies the opportunity to receive a stable profit, and the state to provide revenues. Such cooperation, in turn, will enable to successfully implement the program of socio-economic development of the region as a whole,” he said.

Recall that in early September , the city Council of Ukrainka held large-scale searches. The Director of a local information resource “the Tripoli region,” Eugene Tsapenko in the comments Dnia reported that a possible reason for the searches is the work of mayor Pavel Kozyrev and his subordinates. “Personally, I believe these actions are corrupt. The only thing I can reproach to law enforcement that they were delayed for a few years. For a long time they were supposed to be here and work,” said Tsapenko.

According to local activists, in addition to Kozyrev, during the last elections in 2015 in Ukrainka the city Council passed a number of former regionals. In particular, the husband of the Deputy mayor of Ukrainka on Executive work Oksana Kirilyuk Deputy Ivan kyryliuk, Chairman of the land Commission Igor Skiba and others.