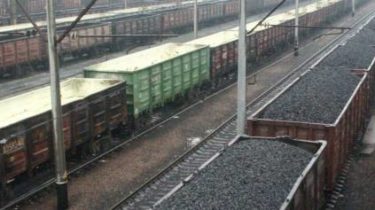 Today, October 31, the tariff of the state “Railways” for freight transportation in Ukraine increased by 15%.

The corresponding order of the Ministry of Infrastructure published in “Governmental courier”.

The acting Chairman of the Board of “Ukrainian Railways” Evgeny Kravtsov said that the current size of indexation of tariffs for cargo transportation by 15% is a compromise which has ripened during long dialogue of a carrier with market participants. He says that all proceeds from the indexation of tariffs “Ukrzaliznytsya” will accumulate in a separate investment account and to report on their use.

“Thanks to the openness we were able to reach consensus in talks with the business regarding the indexation of tariffs. Funds from indexing we will refer, in particular for the modernization, construction and purchase of rolling stock and infrastructure. The programme of rolling stock renewal up to 2021 will be allocated for this purpose 108 billion. This is a significant investment, which did not have any industry and which will help to stabilize its work, to increase flow of traffic and strengthen the economy of Ukraine”, – said Kravtsov.

From Kiev to Cherkassy launch a new train

The last time freight rates were changed in April 2016. Since then the prices of products, which is consumed by the industry increased significantly, the company said. The producer price index of industrial production, even adjusted for inflation remains higher than the growth of cost of rail transportation. In 2017 the average annual freight rates will grow by only 2.5%.

In the company’s development strategy until 2021 th planned indexation of tariffs on the growth rate of the producer price index, while in fact only 28% of the needs of “Ukrzaliznytsya” will be covered through the changeover.

Ukrzaliznytsia also notes that this year the company shows a profitable activity for international financial reporting standards and the growth of capital investment, which for 9 months disbursed more than all of last year. In addition, the company buys passenger cars and build their own trucks, major repairs and upgrades commuter trains, increases the volume of repair of locomotives and cooperates with international manufacturers to localize their production in Ukraine.

Earlier it was reported that the tariffs for cargo transportation by rail would increase by 22.5% from 1 October. The prices of passenger tickets to this year’s promise not to touch.