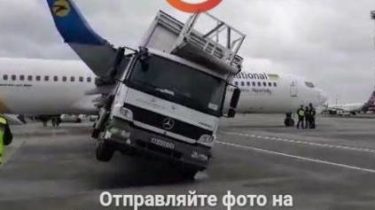 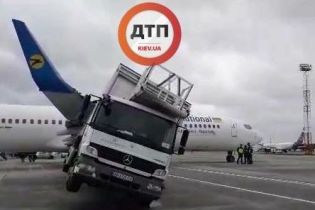 In airline UIA commented on the collision of aircraft Boeing 737-800 with flight Kiev-Kharkiv with the car the catering company in the capital airport “Borispol”.

The carrier said that the plane began its movement with the permission of the ground services.

“The aircraft started taxiing from the Parking lot, after receiving clearance from ground services. Now, the investigation of the circumstances of the collision and the analysis of possible damage. Now in the final boarding process of flight PS025 on the backup plane, the departure is planned for 11:30”, – stated in the message.

Also in the UIA stressed that as a result of incident none of passengers and crew was injured.

We will remind, recently in Chernivtsi due to the bad weather couldn’t take the plane from Kiev was forced to return to the capital.