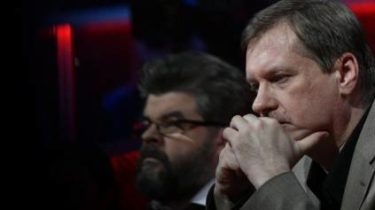 American PR can testifythat hurt the politicians and businessmen of the circles, once close to Viktor Yanukovych. This opinion was expressed by the former chief of staff of regions, Taras Chornovil, says the story TSN.19:30.

According to him, most of the problems can occur in individuals who appear in the so-called “barn book” black accounts Department of the Party of regions. “I think in Ukraine there is someone to worry that Manafort will speak. Any dirty money Americans are interested in, so Manafort only witness, that there was black money. If they are able to interview the managers of a slush Fund, then it will greatly. If you can’t, then this case will be quite narrow, this will be the case of the illegal lobbying”, – said Chornovil.

Whom, exactly, can catch this thing, undertook to reflect the people’s Deputy Serhiy Leshchenko. “These are two big financial-industrial groups, or oligarchic groups. One of them is the Akhmetov’s group, and the second – Firtash-Lyovochkin. Here it is with the two of them Manafort worked when I arrived in Ukraine. Akhmetov first attracted him, and when Yanukovych became President, Levochkin, so to say, was the main intermediary for all transactions of Manafort in Ukraine”, – said the MP.

Tramp for the first time responded to allegations against Manafort

Ukrainian investigators have expressed the hope that the us Department of justice will cooperate and provide important information. Experts predict that a thorough investigation can reveal the most important layer of history of Manafort – Russian. Tell that Akhmetov PR was recommended by the Russian oligarch Oleg Deripaska, is close to Putin. And more than ten years Manafort generally worked only on those who were close to Putin, and now his testimony could reveal the scheme of financing from Russia, some Ukrainian politicians and to expose as Russia planted in Ukraine, its political mythology.