In Kiev the man found the grenade launchers, explosives and thousands of bullets 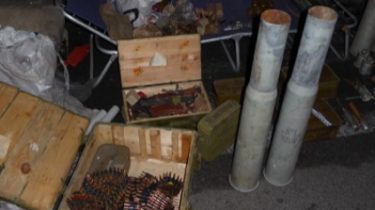 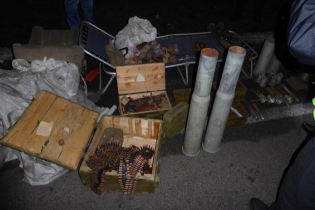 Capital militiamen have found out in Kiev aresnal ammunition.

Men in a car were stopped by police because the driver was driving in the evening with the lights off. During communication with the driver they noticed in the cabin for suspicious items, like ammunition.

“Inspected the car and found ammunition, two grenade launchers, several thousand bullets of various calibers, which were in metal boxes and wooden boxes, six stores and two knife, 6 grenades and fuses to them,” he told police.

In addition, police found one of the lighting cartridge, and 40 items, similar to under-barrel grenade VOG-25. During the inspection of the apartment the man withdrew a few hundred rounds.

In Kiev, a man under the guise of the online store sold ammunition

According to the man, he brought ammunition from the zone ATO, where he served in the volunteer battalion. He kept them in his garage next to the house, but decided to move to a village in the neighboring area for further storage.

We will remind, law enforcement seized an Arsenal of weapons from Kiev, is associated with Semenchenko. This was announced on his page in Facebook Advisor to the Minister of internal Affairs of Ukraine Zorian Shkiryak.

“Today, in the framework of criminal proceedings and conduct investigative actions, the staff Nacpac and the SBU carried out the authorized search in the garage of the citizen of M., which is directly related to the formation of Konstantin Grishin (Seeds Semenchenko – approx.ed.). During a search of the seized Arsenal of weapons”, – he wrote.