In the Donbas exploded officer of the national guard. Chronicle of the ATO 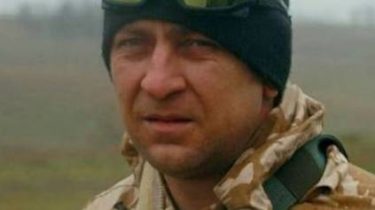 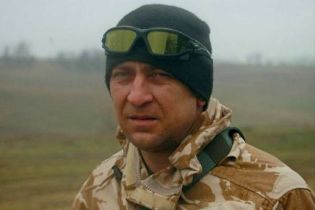 Wednesday, November 1, at half-past eleven of the day during a combat mission in the area of Marinka in the Donetsk region on a mine exploded and killed major of the National guard Sergey Sirotenko. Another soldier-a soldier was injured by shrapnel, he is now receiving medical care.

Sergey Sirotenko mobilized in February 2015. June 2016 – in the military service under the contract. The deceased left a wife and two children.

Meanwhile, the press center of staff ATO States that for Wednesday the militants five times shelled the positions of Ukrainian military.

“Every enemy shelling of the ATO forces were answered by the predominant fire of infantry weapons. Thus, the most turbulent in the direction of Mariupol. Here the occupants of heavy machine guns and small arms, double-beat on the fortifications of the ATO forces near Talakivka. From the same weapon, in the second half of the day, the militants fired in the area of Water. In Donetsk direction overnight the Russian occupation groupings fired from weapons of BPM and automatic grenade launcher near Luhansk. And around 16:00 applied anti-tank rocket-propelled grenades on the South-Eastern outskirts of Avdeevki”, – stated in the message.

Yesterday in ATO zone near the Donetsk airport killed a Georgian volunteer fighting for Ukraine.

Facebook press-center of staff ATO
,
The national guard of Ukraine