Lutsenko confirmed payment Kasikili 7,5 million UAH of losses and not exclude the conclusion of a plea deal 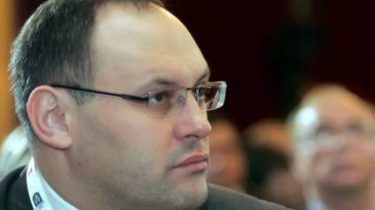 The former head Gosinvestproekta Kaskiv, who is suspected of collusion with other persons, and embezzlement of the state budget of Ukraine amounting to about 7.5 million UAH, indeed reimburse the state caused damage.

Videosu Vladislav Kaskiv was released on bail in 160 thousand hryvnias

This was stated by the Prosecutor General of Ukraine Yuri Lutsenko during a briefing in Kiev.

“Today I have received the document. The main administration of State Treasury service of Ukraine by letter dated 31.10 on our name announced funds in the budget: from V. V. Kaskiv transferred to the budget in accordance with the memorial warrant from 25.10.2017 in the amount of UAH 7470990,65, 25.10 which was credited to the account opened by the code classification of budget revenues “Amounts collected from the guilty persons for the damage caused to the state, enterprise, institution, organization”. Full payment – reimbursement Kasikili Vladislav Vladimirovich in criminal proceedings”, – he explained exactly how a payment was made of losses to the state budget.

According to Lutsenko, now Kaskiv has refused the transaction with a consequence, however, during the judicial investigation, it “may exercise its right to specify the upper member of the criminal group and then maybe get some relief, which will be adopted by the court.”

“That possibility exists, but while Mr. Kaskiv is not going to such a proposal. From the beginning, we offered him to sign an agreement, but he refused to do it and feels there is nothing to report the result. Thus, he is the only defendant in this case and will be responsible for the embezzlement of funds of 7.5 million personally,” – said the Prosecutor General.

Recall Kaskiv is charged with the acquisition in 2012 in collusion with other persons by means of the state budget in the amount of about 7.5 million.