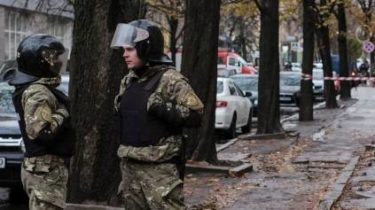 National anti-corruption Bureau has responded to the official statement of the Ministry of interior to arrest the detectives Bureau of the son of the interior Minister Arsen Avakov, Alexander.

“The national anti-corruption Bureau of Ukraine is a non-political, independent law enforcement body,” she said on the air “112 Ukraine”.

Avakov commented on the case of NABU against his son

Also Olivera noted that the NEB carries out its activities in strict accordance with the requirements of the law.

We will remind, on October 31 NABOO staged searches at the office of the son of the interior Minister Arsen Avakov Alexander. The Bureau emphasized that the actions are within the business to ensure MIA backpacks.