“It’s not a movie and not a game.” Avakov commented on the relationship with Poroshenko 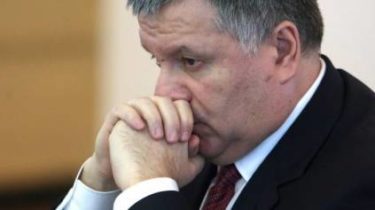 The Minister of internal Affairs Arsen Avakov asked not to speculate about his relations with President Petro Poroshenko.

About this he wrote on Twiitter.

“The commentators of my relationship with the President – follow from the world of fantasies into reality is not a movie and not a game. No need of distortions and speculation. And then as I read a lot, and the “house of cards” to look further is not necessary – you paint better! “- he wrote.

October 31 NABOO has searched the apartment of the son of the interior Minister Arsen Avakov Alexander. The Bureau emphasized that the actions are within the business to ensure MIA backpacks. The interior Ministry in response issued a formal statement on the fact of searches Avakov Jr. Action NABOO the Ministry called political. And he Avakov is sure. which son will prove his innocence in court.