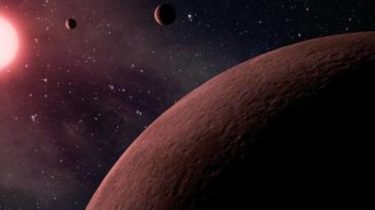 On the occasion of Halloween, NASA presented a compilation of sounds of the planets of the Solar system, out of 22 tracks. Electromagnetic waves scientists have turned to sound waves, says the story TSN.19:30.

The result was quite unexpected. Music editor Alexander Didkovskiy hear the sounds roll call of birds, the atmosphere of the forests near the Amazon, the rattle of carts in the field, burning Sparkler and fireworks. NASA experts have identified these sounds as “horrific”.

Videocassetta quiz: the audience of TSN picking up the corresponding sounds to each of the three planets

TSN decided to make this occasion a quiz and invited the audience to guess which of the three planets chosen are sound. Your version users for release could leave the page in Facebook, and the correct answers found in the end of the program: they have heard of Saturn, Jupiter and the Earth’s atmosphere. The winners were two – they sent the correct answers first and almost at the same time. So Olga Boyko and Gennady Patrami won the opportunity to visit the Studio TSN.

Recently the scientists of the mission, Dawn said that they have found evidence of the existence of an ancient global ocean on the dwarf planet Ceres. “The more we know about Ceres, the more we understand that it is a very complex world, which in the past could have an ocean of liquid water on the surface, the remains of which may still exist in the depths of the dwarf planet,” said Julie Castillo-Roges, scientific Director of the Dawn mission.