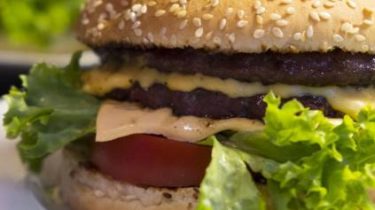 The official Twitter of Ukraine, conducted by the SMM-specialists from the presidential Administration and the foreign Ministry of Ukraine, offered by Google and Apple to introduce Emoji soup.

The fact that social media users in the West for several days discussing the cheeseburger Emoji to Google and Apple. Twitter user Thomas Baekdal noticed that both companies are in a different order represent the ingredients of this dish. After Western nick argue whose right Emoji and how to cook a cheeseburger.

I think we need to have a discussion about how Google’s emoji burger is placing the cheese underneath the burger, while Apple puts it on top pic.twitter.com/PgXmCkY3Yc

The dispute has responded to Google CEO Sundar PCA. He said that he would throw all their Affairs, to solve the problem Emoji of a cheeseburger. But in that case, “if all come to an agreement regarding the correct option.”

Will drop everything else we are doing and address on Monday:) if folks can agree on the correct way to do this! https://t.co/dXRuZnX1Ag

Account of Ukraine on Twitter raised the discussion to a higher level, inviting Google and Apple to add Emoji soup.

“Recently, Thomas Baekdal started an important discussion about Emoji burgers. We want to go even further: Google and Apple, it’s time to add the Emoji with the soup!”, – he said and even offered his own version of emojis for both companies.

Recently @baekdal started an important discussion on emoji burgers. We want to go further: @Google & @Apple, time to have a borscht emoji! pic.twitter.com/b4PKqGdpyC

The picture Ukrainian dishes for both companies offered the same. Probably in order to users at least get along in the soup, if caburgua can not explain.