Son Avakov and his former Deputy was taken to jail 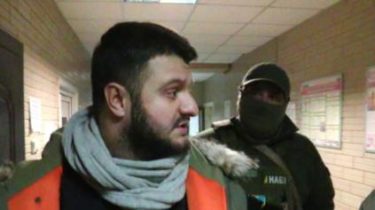 After the investigation in NABOO, a Declaration of suspicion and examination at the hospital the son of the Minister of internal Affairs Arsen Avakov Alexander and ex-Deputy interior Minister Sergei Chebotar was taken to jail.

Write about this “Ukrainian news” with reference to sources in law enforcement bodies.

“Procedural actions of NABOO are connected with is totally politicized, partisan political matter in which a single gram of legal logic, reason and so on… you Know, like my father says? Stay optimistic,” said Alexander Avakov to journalists during an examination at a hospital.

Brought the suspects to the detention center of national police on Hillside lane, after all, the NEB of his prison no.

Monday evening, 31 October, NAB announced suspicions Avakov Jr. and Chebotar. They are suspected in embezzlement of 14 million UAH. The third defendant in the case, which is delivered from Kharkov to Kiev, – the head of the IT company Turboseo Volodymyr Lytvyn.