Groysman: Ukraine can provide US information about Manafort 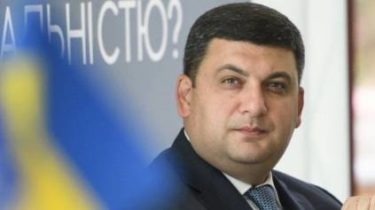 Ukraine is ready to provide US with information about the investigation the former head of the election headquarters of the American President Donald trump Paul Manafort.

The Prime Minister of Ukraine Volodymyr Groysman said in an interview with TV channel CBC.

“We have not received any requests for information on the case, but if you receive a request, then, of course, provide information that we have,” – said Groisman.

“The incident of which you spoke, was associated with the Yanukovych regime. My government has absolutely no relation to this scandal,” the politician summed up.

Earlier it was reported that the former campaign Manager of Donald trump in the Semi Manafort ordered to assist Federal authorities in the U.S. investigation against the Russian intervention in the American elections and to give the feds. Manafort October 30, arrived alone to the building Department of the FBI.

We also found out that the Party of regions was a “black accounts.” Among the recipients of cash sounded and the name of Manafort.