Kiev found the stolen dog after two and a half years 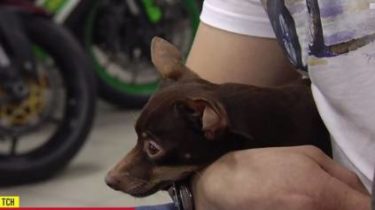 In the capital for two and a half years was looking for a stolen dog breed toy Terrier and finally found it. Doggie Kopic identified its owner and now does not depart from him, according to a story TSN.19:30.

Professional motorcycle racer Alexander along with a small dog in his bosom drove 260 thousand kilometers. But in the spring of 2015 during a routine trip to the shopping center of Kafika stolen. “The car made a maneuver, and the man who came, he just picked up, put in the car, he was gone, the car went – everything was skillfully done,” said the dog’s owner. After that, Alexander began to ride all over the place, where in Kiev they sell the animals, monitor the Internet, put up posters with the promise of rewards. And most importantly, never lost hope and never stopped searching.

Video settings Kiev, the owner of the stolen Terrier dog found after more than two years of searching

Your pet man found by the announcement of the mating, posed as a client with another dog and came to the specified address. “He looks at me and starts to jump on me. I, of course, his hands are, and she said: this can not be. I finish the conversation by saying, everything is clear, bye. Politely push it aside, open the door, get out,” said the owner of Kafika. Where the woman took the dog, she was unable to explain.