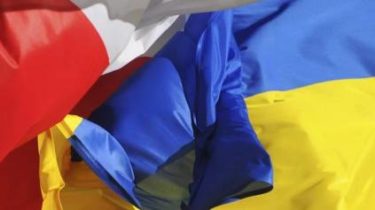 He stated this in an interview wPolityce, answering the question about the situation on Polish graves in Ukraine.

Zharin announced the availability of the multidimensional crisis in Polish-Ukrainian relations, which was caused by “serious and deep cultural differences between Poland and Ukraine.”

“Ukraine does not want to belong to the Roman civilization. She behaves like a barbarian in matters of historical memory. In the current foreign policy we have a lot in common, we have a lot of positive suggestions. But the mutual relationship will be very shallow, if Ukraine does not realize that it is much more profound relationships come from cultural dimensions”, he commented.

Thus, according to the Senator, the decision on an exit from the “crisis” needs to find Ukraine.

“The decision now on the side of Ukraine. It is the key to finding out if she wants to be with Poland, with Polish culture. Ukraine must meet if she wants to take on joint responsibility for ancient material culture in modern Ukraine”, – said Zharin.

Earlier it was reported that Ukraine and Poland have signed the Declaration, which guarantees the Polish national minority in Ukraine and Ukrainian minority in Poland the right to learn their native language and learn the language.