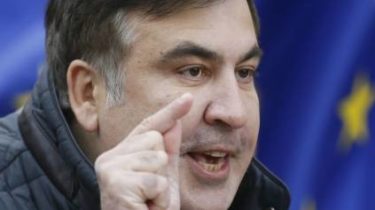 This was reported by the lawyer of the politician Ruslan Chernolutsky, reports “Ukrainian truth”.

According to him, October 31, Saakashvili has personally filed a petition for asylum to the migration service. He had a long conversation with Ministry officials, during which justify the risks to his persecution in the country of origin of Georgia, for fear the application to him of the criminal prosecution.

Ruslan Chernolutsky noted that Saakashvili referred to the resolution of the parliamentary Assembly of the Council of Europe 2015, which is celebrated on the prosecution of Saakashvili’s team for political reasons. He also referred to the Report of the US State Department for 2015 about human rights violations in Georgia on the basis of political motives.

After receiving the second refusal of the migration service, Saakashvili decided to appeal the decision in court.

Recall that Saakashvili was deprived of citizenship in late July, when he was outside Ukraine. He is a politician went back on September 10. He entered the territory of Ukraine through KP “shehyni”that in Lviv region, although I was going to make it through KP “Krakovets”. The border, he got the bus and crossed it illegally, along with 60 others. Some of them have used force against the guards. The court found the politician guilty of illegally crossing the Ukrainian border and ordered to pay 3400 hryvnias of a penalty plus court fee 300 UAH.