Search in Jugendhub. Lutkovska appeal to the GPU because of the violent export of the guys in the military 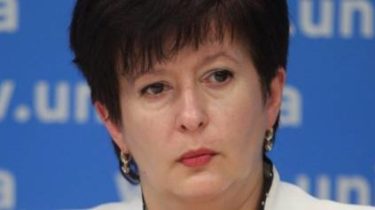 Parliament Commissioner for human rights Valeria Lutkovska appeal to the Prosecutor General and the head of the defense Ministry in connection with the violent delivery of young people from the night club Jugendhub in Kiev in the military and holding them to the distribution point.

She stated this during a briefing.

“In this case, my response will be. This appeal to the Prosecutor of Kiev and the Prosecutor’s office that were made to the corresponding information in the Unified register of pre-trial investigation for the illegal imprisonment of persons who were detained in this distribution hub,” – said the representative of BP on human rights.

Videoobama in a nightclub: witnesses talk about the use of force by the army

Besides, lutkovskaya assured that will also make a submission to the Minister of defence Stepan Poltorak “about inadmissibility of such actions that are contrary to the law and there needs to be another way”.

“The law currently does not provide in any way possible for the military to gather the people power to the bus, deliver them without the police to a distribution point and hold indefinitely. Grounds for such detention was not. I think that in this case actions were illegal. The law provides for quite another order of action”, – said the Ombudsman.