The GPU confirmed the payment of a Deposit for Kaskiv 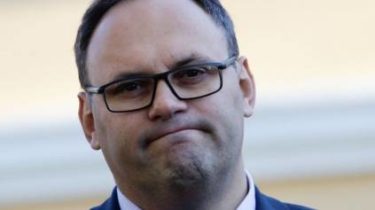 For ex-the head Gosinvestproekta Kaskiv Vladyslav, who is suspected of collusion with other persons, and embezzlement of the state budget of Ukraine amounting to about 7.5 million, made bail.

This was stated press Secretary of the Prosecutor General Larisa Sargan, said the TV channel “112 Ukraine”.

Videoladies Kaciceva can deliver the suspect in the other cases, which leads NABOO

According to her, 160 thousand hryvnias given by the court of the Deposit made to the lawyer Kaskiv Victor Ermolaev on the eve of 1 November.

In turn, the lawyer Kaskiv said on his page in Facebook that made them money may belong to former head Gosinvestproekta.

In connection with the false reports in the media regarding sources of funds for bail of Mr. Vladyslav Kaskiv, as…

Recall the night of November 1, Kaskiv was extradited to Ukraine. According to a former official, he returned voluntarilyto prove his innocence in court. Investigators impute to him the acquisition in 2012 in collusion with other persons by means of the state budget in the amount of about 7.5 million. The former head Gosinvestproekta Kaskiv has already reimbursed the state caused damage.