The militants have reduced the intensity of shelling in the Donbass. Chronicle of the ATO 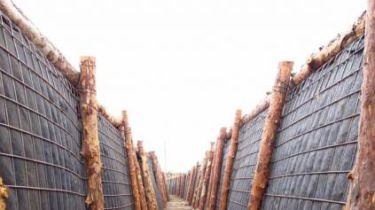 For Thursday, November 2, in the area of ATO in the Donbas the militants reduced the intensity of attacks up to four.

“The armed forces of Ukraine three times used the weapon to defeat the enemy,” – said the press center of staff ATO.

“Near the Crimean invaders were beaten twice on our positions from heavy machine guns and small arms. The same gun that night in the direction of Donetsk the Pro-Russian mercenaries fired at the defenders of the Heater. Our soldiers responded harshly to the enemy from the infantry weapons. As a result of the confrontation wounded one soldier ATO. Now the victim is in the military-medical institution and his health condition is estimated as satisfactory. On the seaside direction, the enemy, once again ignoring the peace agreements, applied mortars of caliber of 120 millimeters on the outskirts of Starohnativka,” – said in the message.

Meanwhile , the group “Wagner” recruiting mercenaries in the colonies where you are for serious crimes.