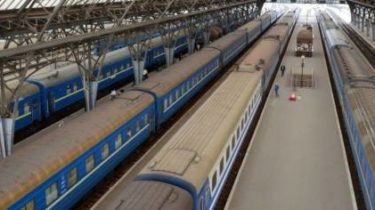 Detectives NABOO under the procedural guidance of prosecutors of SAP on 1 November reported about suspicion to the 4 entities in the acquisition of more than 20 million of state enterprise “Ukrzaliznychpostach” (now the branch of PJSC “Ukrzaliznytsia”).

It is reported by the NEB.

In particular, we are talking about the Deputy Director and head of the Department of procurement procedures of SOE “Ukrzaliznychpostach”. In addition, reported about suspicion to the Director of the supplier company and financial Director of group of companies, which included the company-the supplier.

In 2014, officials “Ukrzaliznychpostach” colluded with representatives of a private enterprise, which is intended to supply hardware products to “Ukrzaliznytsya”.

By agreement of an official person “ME” has helped the company to win tenders, then entered into an agreement for the supply of hardware products at prices which at the time almost twice the average.

As a result of “Ukrzaliznytsia” suffered damages of 20 million UAH.

Now detectives NAB to establish the whereabouts of another man, possibly involved in the Commission of a crime, the message suspected her.

We will remind, employees of the Main Directorate for combating corruption, together with the Main investigation Department of the security Service of Ukraine under the procedural management of Prosecutor’s office exposed the bribe of the Deputy chief of one of departments of PJSC “Ukrzaliznytsia”.

Law enforcement authorities established that the official “support” recent top management of “Ukrzaliznytsya” demanded 300 thousand dollars USA over the issue of appointment to a senior position in one of the branches of the company.

Employees of SB of Ukraine has documented that, as a “prepaid” the applicant was requested to pass 70 thousand American dollars.