The plant, which is part of the “Ukroboronprom”, has stolen 200 million UAH – GPU 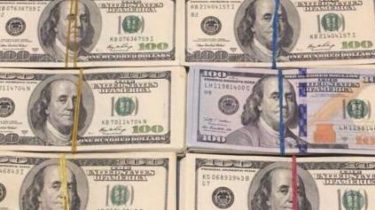 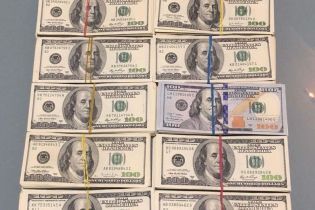 Officials of the state enterprise “Spetstechnoexport” suspected of embezzlement of public funds in the amount of 198 million. According to investigators, the waste occurred by withdrawal of funds through bogus companies.

On Wednesday the press service of the Prosecutor General of Ukraine.

In the framework of criminal proceedings law enforcement authorities carried out searches in premises “Spetstechnoexport”, and also houses the Director and the company accountant. The Director of the house found and seized 120 thousand U.S. dollars.

Criminal proceedings are investigating the State fiscal service of Ukraine under the procedural guidance of the Prosecutor General. Pre-judicial investigation proceeds.

“Spetstechnoexport” is a Ukrainian state company, the main activity which is export-import relations on the world arms market. The company specializiruetsya on the export and import of advanced weapons, military goods and technologies as well as equipment for special purposes. Since 2010 she is part of the concern “Ukroboronprom”.

Recall, October 11, detectives NABU and SAP detained the Deputy Minister of defense Igor Pavlovsky and Director of the Department of public procurement and delivery of material resources of the Ministry of defense Vladimir Gulevich for embezzlement of over 149 million UAH of the state budget during the fuel procurement for the defense Ministry, according to the article part 5 of article 191 of the criminal code. To them threatens from 8 till 12 years of imprisonment.

The company “trade Commodity” appears in the criminal scheme for the purchase of fuel: NABOO and COAG suspect official owner and Director of the company Vadim Maiko and informal leader, Vladimir Garkavy. According to media reports, suspected of involvement in the theft of officials of LLC “trade Commodity” (monay) ran away.

Subsequently, the investigators of the National anti-corruption Bureau (NAB) arrested Vladimir Trofimenko, one of the investors “trade Commodity”, suspected of involvement in the theft of public funds in the procurement of fuel by the Ministry of defence.