Third baby death from meningitis in Kiev: parents panic and do not give children to kindergarten 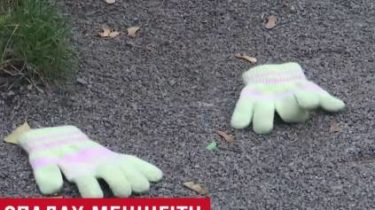 In Kiev from meningitis died 2-year-old child. The third fatality this year in the capital were shocked by the swiftness of the disease, according to a story TSN.19:30.

The parents refused to bring children to the kindergarten, where the tragedy occurred. Scared to death Milana adults do not listen to the explanations of the head of ina Short. “Not a day missed, not sick, was happy, went home happy, happy,” she recalls. Fever in a child jumped in the evening the parents went to doctors, but after six hours the girl died in the hospital.

Video settings in Kiev has recorded another death from meningitis

The capital’s doctors who tried to save children’s lives, refused to comment on the situation, but the pediatrician in a private clinic explains that this death from meningitis is possible. “The most common cause of such a death is an aggressive infection course, which, unfortunately, doctors not controlled. From this you can die within ten hours and not have a diagnosis,” explained Anna Gorban.

Doctors remind that meningitis is an inflammatory process in the membranes of the spinal cord and brain. The first symptoms resemble the flu or SARS: high fever, pain, and sometimes nausea. The only effective prevention against dangerous diseases are vaccinated, but the vaccine on the territory of Ukraine is not even registered.

Meanwhile, the number of cases of meningitis is rising. This year ill 237 Ukrainians. “In Kiev it is already the third fatal case. The first fatal case in may – child of four months, the second case in July – a child four years”, – said the head of the laboratory of the centre Sergey Chumak.Infectious disease specialists took the tests in all children and adults who had contact with the deceased child, so three days should identify likely carriers of bacteria.